Luisa was born into a family lineage of teachers and healers. Her mother Marielena Zelaya Kolker was a distinguished academic and author. Her father Jonas Cohen Kolker was a physician and psychiatrist. Her maternal grandmother was Concepción Palacios, the first female physician in Central America; her great-grandmother Báltazara Herrera was the curandera in her village of El Sauce, Nicaragua.

In early childhood, Luisa experienced inner visions, clairvoyant dreams and auditory guidance. Without spiritual mentorship,  she lived with the emotional pain and confusion that comes from navigating blindly between consensual reality and a vivid non-ordinary inner reality.

At 14, Luisa had a breakdown of her rational and perceptual processes. She was told by an inner voice that she was “shedding a skin” and that the process would last for one year. The experience subsided one year later. This period of isolation and destabilization led to a deeper opening of Luisa’s psychic and intuitive abilities.

This period of inner deconstruction facilitated a disintegration and then a reorganization of ego structures, allowing Luisa natural access to non-ordinary states of consciousness. Such a core death-rebirth experience is a common feature of initiation into a shamanic life.

Luisa has a B.A. in humanities from Hampshire College in Amherst, Massachusetts. She was an assistant producer for the Source Theater Company and editorial assistant to editor Richard Peabody of Gargoyle Magazine in Washington, DC. Through Peabody, she encountered the writings of Paul Bowles (The Sheltering Sky), and felt a kinship with Bowles’ exploration of chaos and magic in the unconscious territories of the psyche.

Feeling alienated from American culture and values, Luisa left the U.S. in early 1984 to find Paul Bowles in Morocco. She met and spent time with him; it was a pivotal experience for her.

From Morocco she went on to Ibiza, Spain where she met master-healer Ioanna Salajan*. Ioanna saw in Luisa the natural qualities of a healer and mystic. She recognized her as the student for whom she had been waiting to transmit the teachings of her lineage. She invited Luisa to engage in a one-on-one apprenticeship over the course of the next four-and-a-half years.

After her apprenticeship with Ioanna, Luisa returned to the United States in the early 1990s.

Her healing practice blossomed by word-of-mouth and Luisa worked shamanically with terminally ill clients. She learned to midwife the death and dying journey for clients and their families. Her work in this area was influenced by the teachings of Ram Dass and Stephen Levine.

Luisa has a Masters Degree in Counseling Psychology from Southwestern College in Santa Fe, New Mexico. She is a licensed psychotherapist in the state of New Mexico.

Luisa is a referring therapist for The Meadows treatment center in Wickenburg, AZ. She has been trained by Pia Mellody, author of Facing Codependence and Facing Love Addiction, in family-of-origin emotional trauma resolution therapy.

Luisa’s mission is to assist others in transforming their self-defeating patterns into joyful, passionate authenticity. The path of inner exploration is one that Luisa lives and breathes. It is her life’s work.

Luisa provides shamanic and psychotherapeutic consultation for individuals of all ages, facilitates dynamic workshops, seasonal ceremonies, and ongoing shamanic journey circles. She works in person, by video and on the phone with clients in New Mexico, across the U.S. and all over the world. She currently resides in Santa Fe, New Mexico.

“Members of the immigrant, BIPOC and LGBTQ communities: you are welcome here.” – Luisa Kolker

“In my shamanic work, I offer myself as a bridge between the world of human concerns and the worlds of spirit to bring unconscious, fear-based patterns into the light of consciousness.”

Please submit an appointment request to schedule a session. 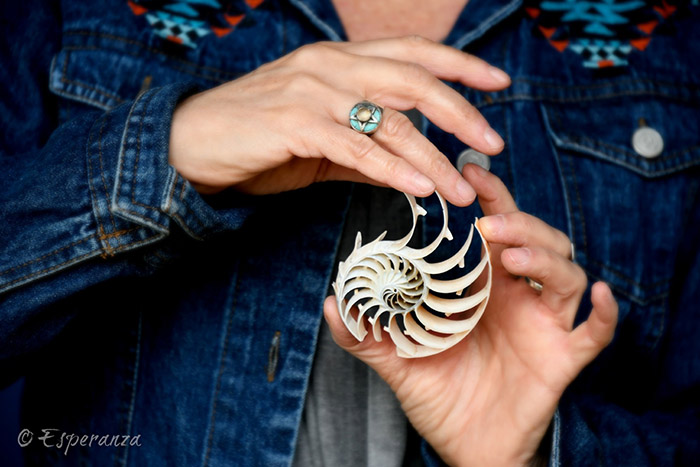